Parenting Begins Before the Birthday 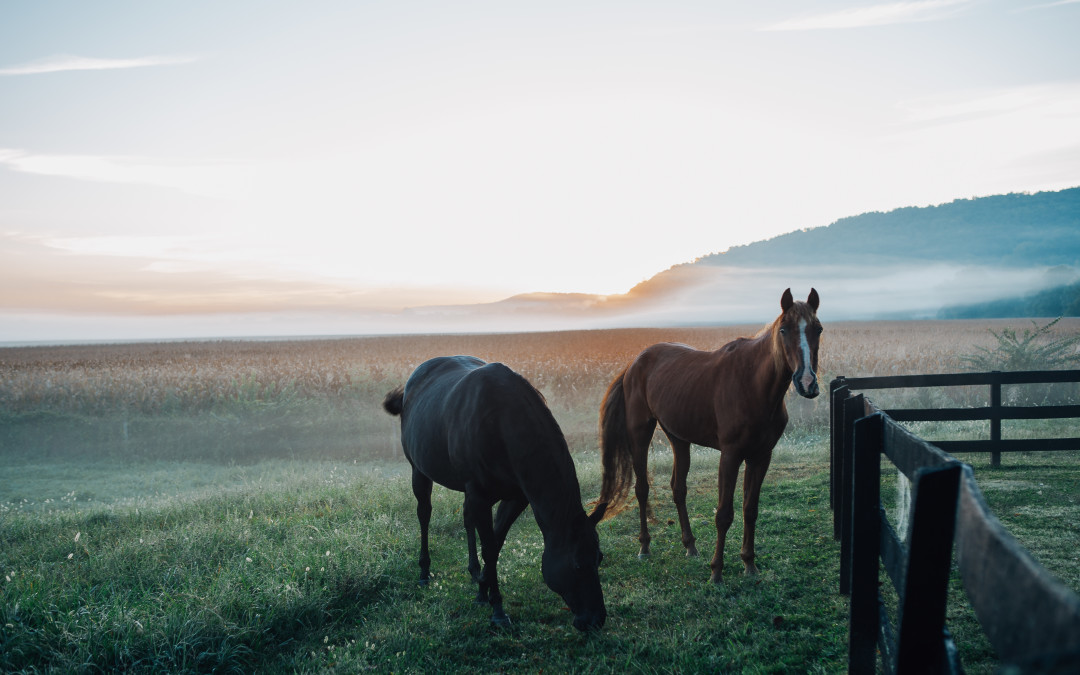 It does seem a bit obvious to state that parenting begins before the birthday. But it’s helpful to be reminded that we’re modeling for our babies before birth. They are listening!

During the months I was expecting my daughter, like all moms-to-be, I read a lot of books.

One of my favorites was Thomas Verny’s The Secret Life of the Unborn Child.

In the 33 years since Verny’s book was published, research technologies have improved resulting in more and more evidence that there is a whole lot going on developmentally during those 9 months floating in utero.

I was communicating with my daughter from the moment I discovered I was pregnant. At times I spoke with her, but mostly I sent her feelings of love and delight.

Five months into a very peaceful healthy pregnancy, I told her that if she wanted to keep this up for the next 4 months and beyond, it was likely we’d be able to travel many places together without much drama, and she’d have opportunities few other children would have.

She was born without a cry….and wouldn’t you know? We did travel many places together as a family. Such is the power of intention.

I would also like to add that she had a discernable hearty, infectious belly laugh at 7 months. It mostly occurred if she watched friends and family toss stuffed animals around. That was high humor for this baby. 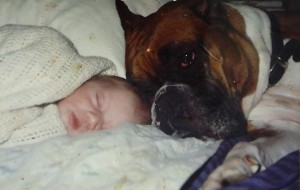 That’s my daughter just a few days after she was born. Daisy, our boxer from Boxer Rescue, spontaneously climbed on the bed to be with her.

When I learned that hearing develops at around 18 weeks, I started to sing to my daughter. I decided “our” lullaby would be All the Pretty Little Horses. Whenever I felt anxious, sad, angry, scared, or happy, or content, I would sing that lullaby to her.

Why communicate the more negative emotions? She wasn’t feeling them and I could easily redirect my own feelings with the promise of all the pretty little horses.

My daughter spoke her first word at 9 months. It was, of course, “dog”. Her vocabulary of nouns, and the occasional adjective – (my personal theory is that “hot!” is the adjective all babies learn first) – was growing, but she had yet to put together a sentence.

Around 10 ½ months, she had an emotional afternoon. Teething, hot September days in our apartment with no air conditioning, baby ennui…who can remember the reason…she was inconsolable. I walked with her held close to me, stroking her bald head as I tried to tap into deeper wisdom to figure out how to soothe her.

And then she started to sing. The diction was rough (or rather soft around the edges), the melodic shape wasn’t perfect – but it was identifiable – and the rhythm was pretty darn good. “Hush a bye, don’t you cry, go to sleep you little baby. When you wake you shall have all the pretty little horses.”

This little tot was using “our” lullaby to self soothe.

And she was singing in complete sentences. She couldn’t speak them herself, but she remembered them from those months earlier.

I was modeling for my baby before her birth.

The messages of this week’s post are simple: we can redirect our thoughts with song and story, modeling for our children before they’re born, and children retain absolutely everything – so make sure they’re exposed to the more nutritious and delightful aspects the culture around you.

And incidentally, that little self-soothing baby just graduated from college with honors in philosophy, led all the songs at the commencement ceremonies, and is a calm, supportive presence to those around her….after those teen years, of course. She has a thick full head of hair and recently returned from Bhutan.

So while story and songs are part of the process of growing up and parenting, maybe there is a long-term cognitive benefit as well.

What lullaby or poem do you remember? Did you communicate with your child before he or she was born?